Civic Club Luncheon Features Nancy Chavez, founder of Randi’s House of Angels (City of Harrisburg) | Nextdoorhttps://nextdoor.com/agency-post/pa/harrisburg/city-of-harrisburg/civic-club-luncheon-features-nancy-chavez-founder-of-randis-house-of-angels-46227285/The April 3 Civic Club of Harrisburg luncheon speaker is Nancy Chavez, founder of Randi’s House of Angels. Randi’s House of Angels is dedicated to helping all children and their loved ones who are exposed to and/or are victims of domestic violence. Randi’s House of Angels was established in October 2011 by Ms.Chavez as a tribute to her daughter, Randi Trimble, who was brutally murdered by a hit man hired by her husband on January 10, 2003. Since her daughter’s death, Nancy has been advocating for victims of domestic violence with the hope of creating an initiative for children who are also victims of domestic violence. The luncheon program begins with a “meet and greet” reception at 11:30 a.m., followed by a short meeting and buffet lunch. The presentation will begin around 12:45 p.m. The luncheon is $16.00/ Reservation must be made by noon on March 30 by contacting TCCH president, Judy Imler at juimler@verizon.net. You may pay at the door. Those wishing to attend the presentation only, which is free and open to the public, should arrive around 12:45 p.m. Please let us know if you plan to attend the program only so that we have sufficient chairs.

Mother of murder victim continues work to help others 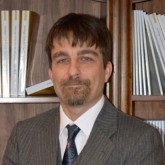 THANK YOU TO OUR SILVER SPONSOR: THANK YOU, HOLE SPONSORS! Decades of Champions Ed, Susan & Elle...