To date, Team Sue has raised more than $15,000 for Randi's House of Angels programs!

Team Sue was the team to defeat this year for the Randi’s Race team fundraising competition! To date, Team Sue has raised more than $15,000 for Randi’s House of Angels’ programs!

Team Sue was formed in 2019 when we started participating in Randi’s House of Angels. The proceeds raised each year, goes to this wonderful organization in memory of our loved one, Sue Lyons. We give Nancy special thanks, too, for she is always present with helping in our endeavors!

Our first fundraiser event for 2022 was with the Rudiarius Motorcycle Chapter in September. They thoughtfully gave us a contribution & also held an assorted basket raffle to help raise funds. Last year my Sister, Beth came up with the event suggestion & organized an assorted soups & baked goods sale in early April at their firehouse in their hometown of Branchdale. Beth posted on Facebook, and people kindly responded. The first event was a success. So we decided to try the same on the Lyons Dairy farm in Western Perry County.

Last year, an article was put in our local paper explaining our mission in keeping Sue’s memory alive. The article helped to get the word out & people overwhelming responded. We advertised our fundraising event this year, too. We live in a rural community where people are close knit & many know one another! Beth reached out again on Facebook sharing the upcoming event we were planning on the Lyons Farm. Before long, she was getting donations from family & friends. I also reached out to people in our community & received very positive results.

At our fundraisers the past two years, we have a display table with Sue’s photo & the story of her Red Lady that was described for Domestic Violence Services of Cumberland & Perry Counties. We also have wristbands & shirts to sell & Randi’s House of Angels pamphlets for people to view. Our local Amish Bake shop donates assorted bake goods including her famous delicious donuts. Also, a local market has donated the hot dog rolls for the past two years. We had volunteers, my Son-in-law, Dan & his brother, Donald who offered to make open kettle ham bean soup & the McConnell Brothers who made homemade vanilla ice cream this year. I thought people would enjoy bowls of soup & ice cream, but most wanted quarts & it didn’t take long for all to go empty! Along with the many hot dogs that were devoured, too!

The weather was a concern for us in our planning & the community came forward & offered their canopies & the use of a 40×20 tent to use to protect our goods. The tables under the tent were filled with many assorted baked goods. We had strangers who were domestic violence survivors & people from the local campground support our cause. In between milking cows, a kind neighbor brought fresh homemade bread out of her oven to sell. Another thoughtful neighbor, Esther, an Amish lady made us a two gallon thermos of complimentary hot coffee for our customers to consume & us, too!

It’s kindnesses like these & the love & support of our community which consists of relatives, neighbors, friends, church families & coworkers that help to make the fundraisers a success again this year. We are truly blessed with the Village that works together to keep our loved one, Sue’s memory alive through the good works that Randi’s House of Angels provides! Thank you! 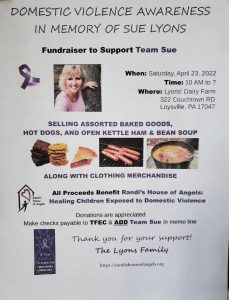 The Family of Sue Lyons Hosted 2 Fundraisers in April. 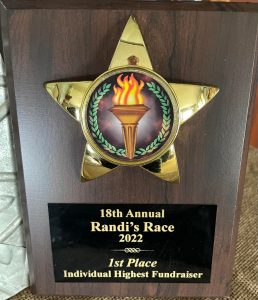 Our Executive Director, Nancy Chavez, visited the sale and saw everything in action. 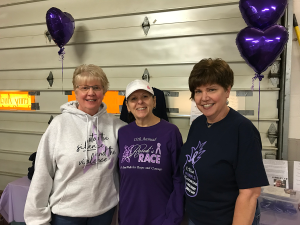 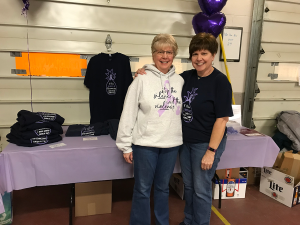 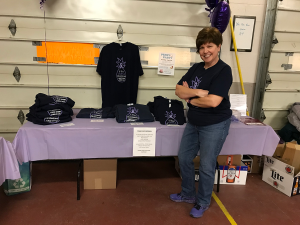 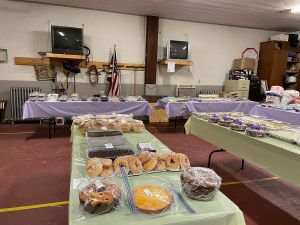 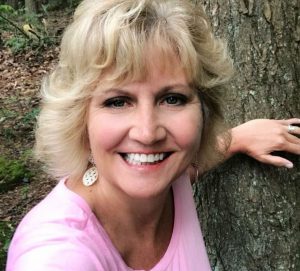 💜 In memory of Sue Lyons