HARRISBURG, Pa. (WHTM) – Pennsylvania is one of 15 states in the country that does not grant constitutional rights to crime victims.

A new bill is hoping to change that. It’s called Marsy’s Law, and the hope is it will one day become an amendment to the U.S. Constitution.

Marsy’s Law is a nationwide push to create a crime victims’ bill of rights and put victims and criminals on the same legal level.

A week after Marsy’s murder, her mother walked into a grocery store and was confronted by the accused killer. With victims’ rights, the family would have been notified that he had been released on bail.

“Horrific confrontation,” Riley said. “It was in that moment that Marsy’s brother decided he would do everything he could to make sure that no victim or survivor had to deal with what he and his mother dealt with. That’s the day Marsy’s Law started.”

Criminals have constitutional rights, like the Miranda Act. If those rights aren’t met, the case can be thrown out.

Victims have statutory rights, such as the right to be present at all criminal hearings and to be notified of any changes in the case. If these rights aren’t met, the case moves forward with no repercussion.

The language in Marsy’s Law, Senate Bill 1011, passed the state Senate and House in June. To amend the state constitution, the legislation must pass in the next legislative session then go to voters in a ballot referendum.

Nancy Chavez had to navigate the criminal justice system after losing her daughter, Randi Trimble, to domestic violence. Her story is Wednesday on ABC27 News “Daybreak”. 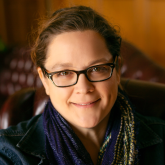 ﻿﻿ IMPORTANT ANNOUNCEMENT ABOUT THIS YEAR’S RANDI’S RACE As you may know, there is a...